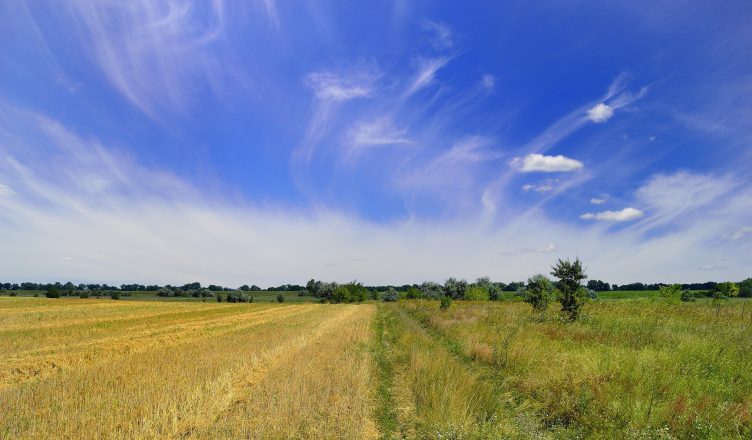 For many people, the crises of the last decade appeared like out of the blue. The impression to be subject to threats without protection drove many into the hands of right-wing extremist movements. At the same time, right-wing extremism mutated into the new political center. Although it has been warned of the economic, political and ecological causes of these crises since decades (the report on “Limits to Growth” to the “Club of Rome” was published exactly 50 years ago in March 1972), they have only deepened since then.

Against this backdrop, the firm support of the Ukraine by the EU and its decisive economic sanctions put corner stones of the dominant economic system and mode of living into question. Natural gas is a case in point in this regard. Many are now demanding to stop gas imports from Russia, which finance the war against the Ukraine. But the EU is hardly listening to these demands. Yet it had been clear decades ago: The dependence on Russian gas is contradicting the necessary energy transition and is implying a high political risk for EU member states.

The structural blindness towards the underlying causes and the interconnection of global crisis dynamics  explains why a fundamental social ecological transformation is not taking place, despite all warnings. Thus, the recent report of the Intergovernmental Panel on Climate Change (IPCC) underlines again, that fossil resources have to be replaced immediately in order to limit the unfolding climate catastrophe. However, news about a looming break off of the Antarctic Thwaites glacier are meeting deaf ears, despite the fact that this would lead to a significant rise in sea levels directly affecting Europe. Nonetheless, the EU’s priority remains the so called security of gas provision.

Not only climate policies and the support of the Ukraine are in glaring contradiction with continued natural gas consumption. The global interconnection and fossil fuel dependence of the whole economic system and the dominant mode of living is also evident regarding food systems. Built on industrial agriculture geared towards cash crop exports, of which Western investors profit, Russia and the Ukraine are top global agricultural exporters. This model of industrial export agriculture is based on an extremely unequal distribution of land and power, which is marginalizing peasant producers, and has deepened poverty.

The sanctions against Russia and the destruction inflicted on the Ukraine alone have grave repercussions on industrial agriculture. They will, first, further increase bred prices. Some countries such as Egypt, whose basic food needs depend on wheat imports, will probably be hit hardest. In general, food expenses are disproportionally high for poorer households. Second, industrial agriculture requires natural gas for the chemical synthesis of nitrogen fertilizer. It also needs fossil fuel for the production of pesticides and to operate agricultural machinery. Sanctions will probably further increase fossil fuel prices, and will in particular raise pressure on poorer households. Third, the conflict will also influence the domestic supply of protein feedstuffs made of sunflower, rapeseed and soybean. These feedstuffs are needed for the industrial production of beef, pork and poultry meat. However, more than two thirds of total European soybean production are located in Russia and the Ukraine. Therefore, the Ukraine is an indispensable partner country for the Danube-Soybean initiative that aims at developing an alternative to genetically modified protein feedstuffs from Latin America.

The hunger crisis of 2008 has made it clear: the dependence of industrial agriculture on fossil resources and the lack of local food systems in many regions significantly contribute to climate change and undermine food security. In the context of defending the Ukraine, the urgent need to overcome industrial agriculture and to democratize food systems acquires further dimensions. Peasant producers and consumers, in particular poor households, which are politically marginalized, local food processing firms and structures of local food provisioning, as well as climate and nature conservation initiatives need much more substantial decision-making rights regarding how food is produced and distributed.

Food systems might become a further instance of history repeating itself, if the structural causes of the current crises are not overcome by democratization, since the people in the EU have to support sanctions in the longer run, if the Ukraine should be effectively defended. The extreme right and its sphere of influence, that has become much larger in the course of “Corona protests”, will try to combat sanctions against Russia. They will have the opportunity to do so as soon as sanctions will hit poorer households. Just like after the financial crisis, the refugee crisis, and the start of the pandemics, these political forces will put all their efforts in establishing a counterposition to the defense of the Ukraine, and will fight the necessary transformation. Moreover, the lobby of the EU agrarian industry already sees its chance to roll back the Green Deal and the reform of the Common Agricultural Policy (CAP), which support the transformation of agriculture in Europe towards in view of climate policy and biodiversity protection.

The rapid localization of current food systems, the expansion of environmentally friendly agricultural production methods, and a democratic organization of food systems are indispensible. Poorer households have to be supported socially, and if necessary by rationing scarce goods. Affluent households have to understand that the social ecological transformation is also in their own best interest, even if this also has to include a systematic redistribution of profits to wages, social infrastructures, and social transfers in order to correct the enormous inequality in societal wealth.

For overcoming the mode of permanent crisis politics, a social ecological transformation has to be supported rapidly, instead of trying to “develop new sources” of natural gas in “the short-term” in order to replace gas from Russia. The answers to global challenges have to take place both locally and globally. Besides the determined defense against any attempt to destroy democratic structures, new global role models for a good life for all are essential. The possibility to decide about food systems is crucial in this regard. Democracy has to be expanded towards the organization and management of food systems. This does not only strengthen immediately necessary political strategies, but is also offering the people in Russia, the Ukraine, and all the other countries in the world a real perspective, which also takes account of the need to limit the climate catastrophe.